Are We Putting Americans Out of Work? - Frequently Asked Questions

Home » Frequently Asked Questions » Does Our Staffing Agency Make It Harder for Americans in Orange County to Get a Job or Earn a Decent Wage?

Does Our Staffing Agency Make It Harder for Americans in Orange County to Get a Job or Earn a Decent Wage? 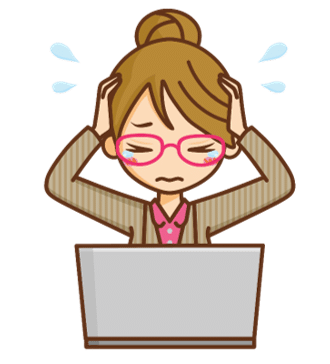 When your business grows, you will ultimately hire more people, not less. That includes Americans.

Here we are, a staffing agency, dedicated to providing workers from the Philippines to small businesses in Orange County, California. A lot of the arguments for doing this are based on how much less expensive it is to hire Filipino workers compared to American workers.

Here you are, considering hiring a Filipino instead of a U.S. citizen.

Does This Behavior Hurt Americans?

Does this make it harder for an American citizen to get a job or earn a decent wage?

The Smart VA Staffing Agency has been doing this for a long time now and here is our take on this political and emotionally charged subject.

In the long run, the overall effect of hiring Filipino Virtual Assistants is that American small businesses get a boost. They can increase their profits, become more competitive and grow.

When an American business grows, it ultimately hires more Americans, not less. We watch this play out again and again.

For example, one of our clients, a local attorney’s office in Orange County, made the switch to FVAs a couple of years ago. In the previous two years, they had struggled to grow. It was always a struggle for them to set up processes for their core service, provide them at competitive pricing, and still make a profit.

They now have four VAs and have done so well, they have hired three additional U.S. attorneys and a U.S. paralegal. And they are still growing.

The reliability and consistency of their core service have improved. Therefore, their clients are very happy. They have been able to expand into additional closely related niche markets.

Does Hiring VAs Put Americans Out of Work?

Not if the company hiring them gains a competitive advantage and grows.

Consider the success and growth rates of companies such as Google, Facebook, and Apple. These companies along with many others have created jobs out of thin air. The need for the product and services they offer simply did not exist before they invented them.

Google alone employs in excess of 60,000 people Worldwide. Roughly 40% of which are Americans. Yet Google has stated that one of the keys to their success is foreign workers. This means that somewhere in the region of 20,000 U.S. workers at Google literally owe their jobs to foreign workers.

Making use of the diversity of workers, such as women, people with different ethnic backgrounds, and people from different countries ultimately creates more jobs for Americans. They do not suck up available jobs from a limited supply of jobs.

We are simply educating and helping small businesses to take advantage of the global labor markets similar (though to a much smaller scale) to how large corporations do all the time.

When to hire American’s instead of Filipino virtual assistants